Popular frustration with President Wade continues to show up on his billboards.  I've seen others that I couldn't photograph at the time.  I've only one opponent's sign defaced so far.  The protests have continued peacefully but without as much attention.  Wade has predicted victory in the first round on February 26th, and a few people have said there will be violence afterwards if that's the case.  Others have said he can't win, but many fear a fair election is impossible. 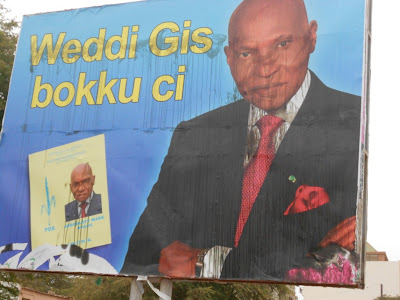 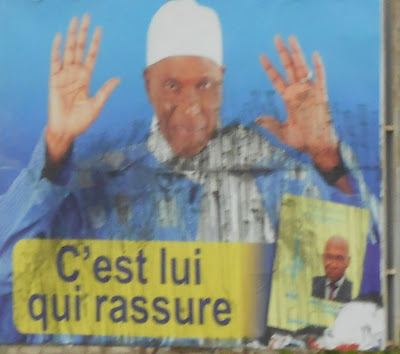