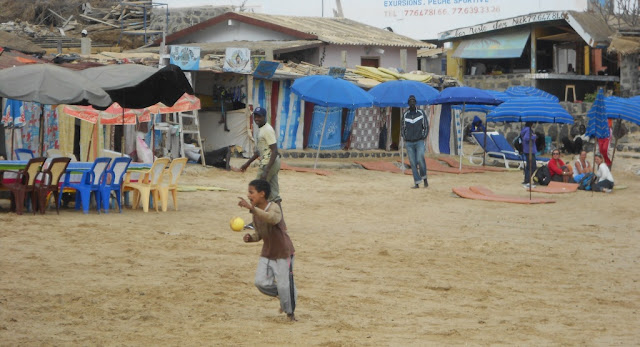 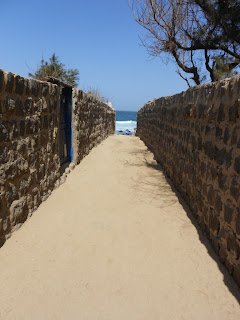 Somewhat randomly, I decided to head to Ngor Island a small place just a few hundred meters off the peninsula physically, but definitely further psychologically.  Like Goree Island, it has no vehicles and sweet walking paths.  It's much small than Goree, however, and wonderfully low key.  It has some art galleries and a few resident artists as well, and some were quite good.  Surfing and surf kayaking are big, and it was also mostly clean as well. 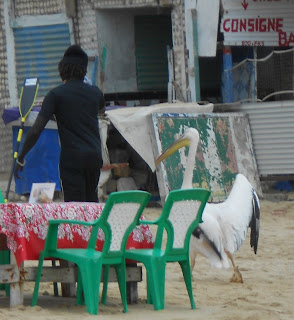 This picture doesn't do the scene justice, but this apparently domesticated pelican follows his owner around the island.  I'd seen them earlier standing around, and was surprised enough.  Later, however, they walked down to the beech together, got a fish from someone who was cleaning them, and then walked back home, apparently.  The man is holding the fish here, but the pelican was following him before this as well.  It's really a gigantic bird,

Below are a painted wall w/ a doorway that opened onto the sea, and a found object sculpture that felt more lively than this picture does justice. 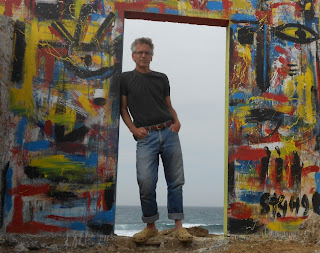