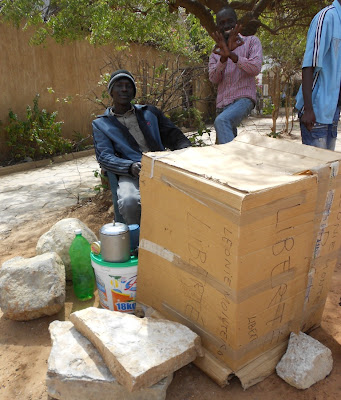 On the first day I started this w/ an entry on the coffee shops- local guys (always guys) who serve coffee (ok, Nescafe, or cafe Touba) on many corners from rolling carts.  I mentioned then that Abou sold his from a cardboard box.  He's still doing so, but I've worked with him to prepare a microcredit loan application w/ a local agency.  He's written a couple drafts of the proposal and I've passed it to the director of the organization.  He's there six days a week from 7 AM until his hot water thermoses run out.  Jobs here remain impossible, and people do things like this all the time for a few dollars a day.  A student today told me he worked as a janitor for 1500cfa/day.  Just over three dollars.  I hope to see a picture of a new coffee cart sometime soon.  Insh'allah. 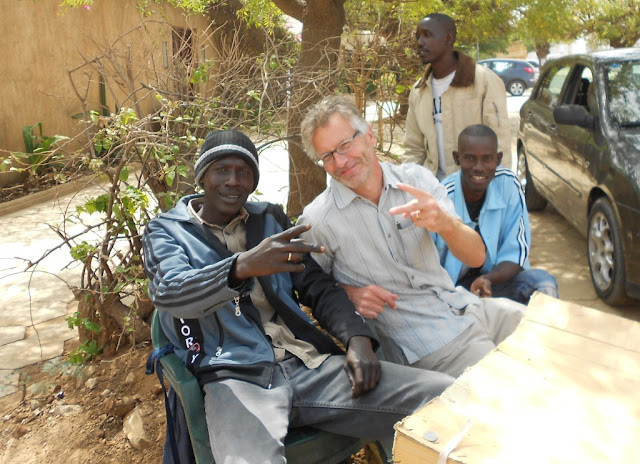 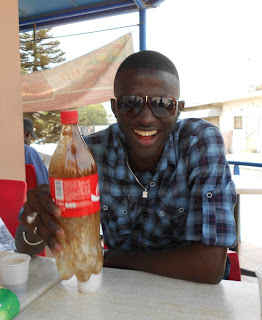 Babocar or 'Homicide' as he likes to be known (I've renamed him 'Daisy') is my strongest student.  He'd read an overview of the rest of The Scarlet Letter and was quizzing me today about the meanings of the events while we walked.  He's also the only Wade supporter in the class, but he's gotten pretty quiet about that.  Today several of the students met for the last time to say goodbye.  The didn't know about the four US college programs in Dakar, so I gave them contact information, introduced them to Ryan who lives in my house from one of the programs, and even stopped to random girls from the SIT program on the street and made introductions.  They plan on proposing conversation groups or perhaps even study groups to one or two of these groups to continue their work together. Given the general disregard and dysfunction of the university system, they know they need to take initiative.  They were so appreciative of our class, and I damn near got teary about saying goodbye to them, although they didn't like my hugs preferring 'gangster' handshakes and shoulder slams. 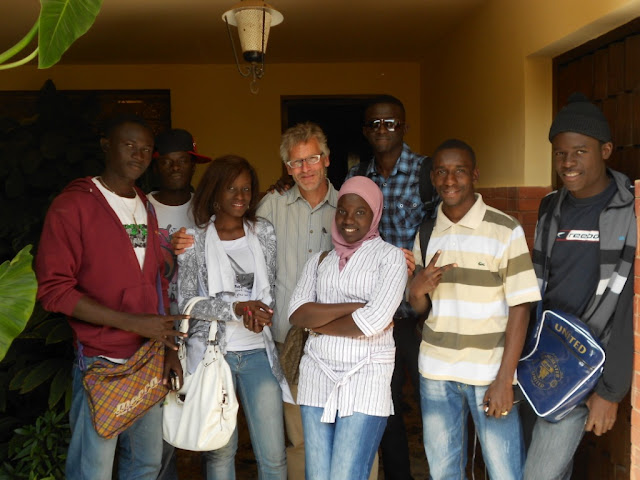