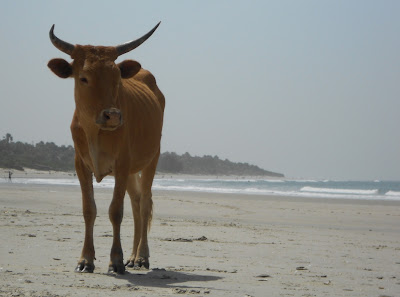 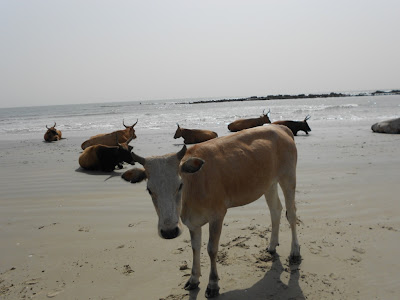 ‘Vachement’ was popular, figurative and untranslatable slang for ‘cool’ or ‘great’ when I was in Aix-en-Provence many years ago.  Literally it means cow-like, but that doesn’t really help understand the usage.  But the cows on this coastline seem the coolest ones I’ve ever seen.  They know the beach is cooler, and move down to the water line during the day to chew their cud and maybe even to enjoy the view.  They’re often more numerous than people this year as it’s a particularly bad year for Senegalese tourism given the elections.  The cows, however, don’t seem bothered by much of anything, and they leave the beach at night for the scrub forest nearby, I’m told.  It rather changes the connotations of the word- bovine. 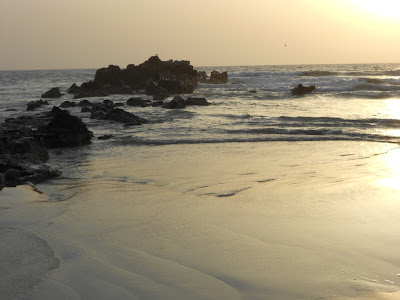